Solar Energy in a Stick!

Trees use photosynthesis to capture the sun's energy. Trees also absorb carbon dioxide from the atmosphere and use the solar energy captured to convert carbon dioxide and water into organic compounds such as cellulose to grow the tree. Oxygen is released to the atmosphere as a by-product of photosynthesis. In photovoltaic cells solar energy is directly converted into electricity, which can be fed into the grid or stored in batteries. In the leaves of trees solar energy is effectively stored in the organic compounds. When deposited into the trunk, roots and branches of a tree as wood this energy will be stored until the wood rots away, unless it is used as fuel.

Throughout our history mankind has used the stored solar energy in wood for heating, cooking and light. It is probably the historic use of fire to ward off the cold - and predators - that gives us all an ingrained feeling of comfort when we are close to a wood fire. It is only in comparatively recent times that man has started using other forms of stored energy called fossil fuels, ie. coal, gas and oil, to replace the use of wood. As we now know, the release of carbon dioxide from burning these previously inaccessible forms of hydrocarbons is changing the atmospheric concentration of carbon dioxide, which is thought to be causing an accelerated rate of change in the earth's climate. Obviously, the more use we can make of the stored solar energy contained in wood and other bioenergy sources, the less we need to use fossil fuels. As Patrick Moore, co-founder of Greenpeace stated in 2006; "One of the best ways to address climate change is to use more wood, not less. Wood is simply the most abundant, biodegradable and reusable material on the planet"

Firewood is not often recognised as "green" energy, probably because it comes from trees. But, unlike other sources of "green" energy, firewood does not need major capital investment or infrastructure. Every tonne of dry firewood contains approximately 20,000 Megajoules of stored energy. To understand how this stored energy compares to other forms of "green" energy, such as wind power generation, you need to convert the electricity produced from Megawatt hours into Megajoules. One Megawatt Hour equals 3,600 Megajoules. This means that a typical 660 kW wind turbine will generate around the same amount of energy in one year as that contained in 315 tonnes of firewood. Recent estimates (Driscoll et al 2000) place Australia's annual firewood consumption at around 4,000,000 tonnes. This is equivalent to the annual output of nearly 13,000 wind turbines or six large (550 MW) coal fired power stations.

The Climate Change Benefits of Firewood

A study of the greenhouse gas emissions of firewood was carried out by the CSIRO in 2003 for the Australian Greenhouse Office. The report from this study Life Cycle Assessment of Greenhouse Gas Emissions from Domestic Woodheating shows that firewood can release less carbon dioxide than all other sources of heat energy. In 2011 this study was updated to include the non-CO2 greenhouse gases, methane and carbon monoxide. This updated study found that the inclusion of these gases made little difference to the original findings. As stated in the 2011 report “What is the difference between emissions due to firewood collection for home heating and those which would have occurred anyway if the wood was left in the field to decompose or be burnt?" In fact firewood from plantations is greenhouse positive due to the carbon that is sequestered in the tree's root mass. In other words the tree absorbs more atmospheric carbon dioxide than is released when the wood from the tree's trunk is burnt. The reason that sustainable firewood is so good for the environment is that all of the carbon that is released during combustion is reabsorbed by trees as they grow. The only increase in atmospheric carbon dioxide comes from the fossil fuels used to process and transport the wood. It is worth noting that even "green" alternative energy generators such as wind farms, hydro stations and solar collectors create a lot of carbon pollution during manufacture and construction.

By purchasing your wood from members of the FAA you can be confident that the wood has been harvested legally from sustainable sources and that biodiversity and threatened species have been protected. This is because compliance with the Voluntary Code of Practice for Firewood Merchants is a mandatory condition of membership in the FAA. The Code of Practice was developed by an Inter-Government Taskforce made up of representatives from the environment departments of all States, as well as the federal environment Department. Laws controlling the harvesting of firewood vary considerably from state to state, but all of them are designed to protect biodiversity. The federal Environment Protection and Biodiversity Control Act has an overarching role in the protection of threatened or vulnerable species habitat. In some states the harvesting of dead trees is exempt from native vegetation protection controls.

The CRC for Greenhouse Accounting and Forest and Wood Products Australia (FWPA) have published a good summary of the role of firewood and other forest products in the carbon cycle called Forests, Wood and Australia's Carbon Balance.

A short report titled Carbon Storage and Climate Change has been published by Vision 2020. It focuses on the carbon sequestration values of managed forests and plantations. The benefit of utilising residues and salvage from forestry operations as firewood is noted in the report as: "The use of wood waste in bio-fuels and for bio-energy is a further mechanism whereby plantations and native forest residues can be used to lower greenhouse gas emissions, by substituting for the use of fossil fuels"

No need to feel guilty

So, if you love a wood fire, whether for warmth, flavoursome food, or its' mood changing ambience, relax - because you are also doing the best you can for the environment. 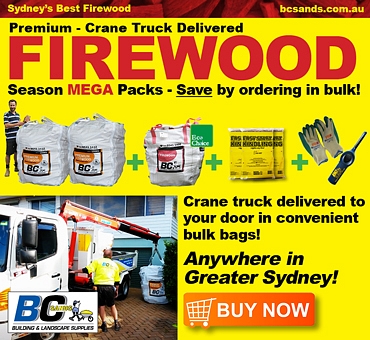 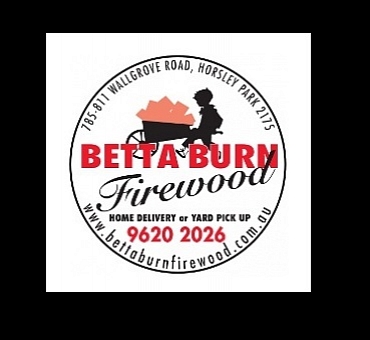 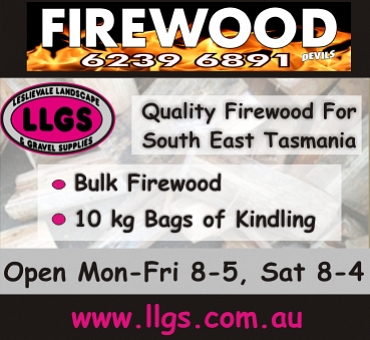 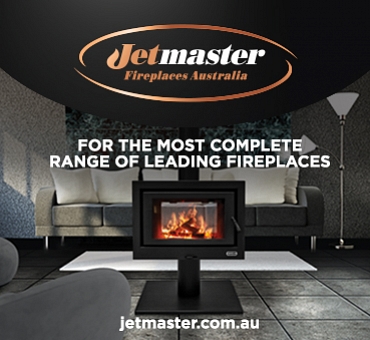 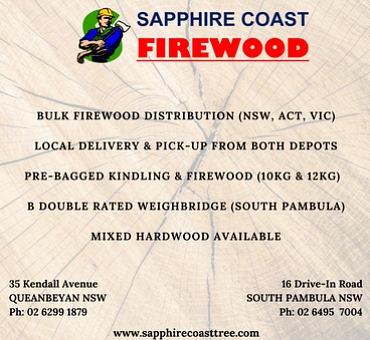